This dataset was compiled by the Illinois Criminal Justice Information Authority (ICJIA) for the Governor’s Children’s Cabinet SAFE Data Dashboard. Four metrics related to public safety and youth/young adults are presented here, for the years 2006-2015: 1) the rate of the four most serious types of violent crimes per 10,000 population reported in each county, as a standardized indicator of the prevalence of these incidents affecting citizens and youth across the state; 2) the rate of domestic violence per 10,000 persons voluntarily reported by municipalities in each county; 3) the number of persons in the county re-arrested within one-year, and the number of youth/young adults ages 13-26 re-arrested within one year; 4) the number of youth/young adults ages 13-26 re-incarcerated for a new offense within three years of exiting a correctional facility.

Domestic offenses are defined as crimes (of any nature, violent or property-related) committed between family or household members. Family or household members include spouses; former spouses; parents; children; foster parents; foster children; legal guardians and their wards; stepchildren; other persons related by blood (aunt, uncle, cousin) or by present or previous marriage (in-laws); persons who share, or formerly shared, a common dwelling; persons who have, or allegedly have, a child in common; persons who share, or allegedly share, a blood relationship through a child; persons who have, or have had, a dating or engagement relationship; and persons with disabilities, their personal care assistants, or care givers outside the context of an employee of a public or private care facility. Every offense that occurs, when a domestic relationship exists between the victim and offender, must be reported (Illinois State Police).

County-level data are derived from the aggregation of local jurisdiction reports. Substantial year-to-year crime rate fluctuations may indicate fluctuations in the number of jurisdictions participating in data reporting, or issues with percentages calculated from small numbers of reported crimes. Actual numbers as well as rates or percentages are presented to assist in data interpretation, and data notes highlight notable data reporting issues.

One-year re-arrest rates for persons ages 13-26 were based on ICJIA analysis of records in the Criminal History Record Information (CHRI) System maintained by the State Police. Electronic finger-print-based arrest records submitted to the State Police by local law enforcement agencies for the purpose of creating cumulative individual criminal histories (rap sheets) are available to ICJIA for statistical purposes. The analysis is limited to felony and A &B misdemeanor offenses for both the initial arrest in a given year, and any re-arrest within the subsequent 12 month period.

Three-year recidivism rates for persons ages 13-26 were based on ICJIA analysis of yearly records supplied to ICJIA for statistical purposes from the Illinois Department of Juvenile justice (IDJJ) and the Illinois Department of Corrections (IDOC). Recidivism was defined as individuals who were arrested, tried, convicted and sentenced back into IDJJ or IDOC for a new crime within three years of their initial release. Individuals who were returned for violating conditions of parole were excluded. Therefore these recidivism numbers may appear lower than typically reported by the various correctional agencies. This issue will resolve itself as the data are updated in the future. Name-matching techniques were used to identify youth released from IDJJ as a minor (under age 21) and re-incarcerated into IDOC for a new offense as an adult within the three-year recidivism period. Recidivism percentages are lower for 2013 through 2015 since the three-year recidivism period has not yet been completed. 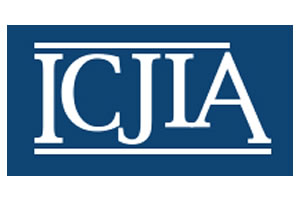 There is no description for this organization